Our development team recently took part in the first ZatPark DevHeap Challenge. The aim was to give the team a project to complete in one day, which would be stimulating and take them outside of their normal development comfort zone.

The project brief was as follows:

Our client wants us to create a fun website that allows its users to upload images which would then be automatically altered using facial recognition software. These updated images would then be viewable as a gallery.

Upon upload, the website needs to analyse each image, pick out human facial features and overlay a pair of glasses, in the appropriate position, on to the face of anyone currently not wearing glasses.

The site will need to look modern and sleek.

There may be a need to upload images or view the gallery on the go.

One of the most interesting aspects of the project was that it turned the normal hierarchy of knowledge and experience on its head. One of the first jobs was to work out what skills that were in the team that would be most relevant to the task.

Rob H commented “figuring out what skills we had was probably the most difficult part of the day. It was interesting to find out about the knowledge and experience we had in our group. Especially as they may not be able to show these skills in their normal roles.”

Once the teams had worked out who could complete particular elements of the project, they were able to start to work. They worked with the image recognition software to build their web-based application to make the alterations to images based on the requirements of the brief.

As Jen C observed, “it was amazing how well the team pulled together – drawing on all our skills to produce an app that worked really well. The hardest but most fun parts were where we had to master skills that weren’t familiar to any of us.”

After a full day of intense problem solving and coding, each team were able to create a working website utilising image recognition software.

Dave Herbert (CEO) and Lukasz Kieruczenko (Co-founder & Director) judged the competition. Points were given for the quality of each team’s initial proposal. However, the bulk of the points were allocated based on how well each of the team’s websites worked. They were given a selection of images showing both male and female faces as well as a couple of curve balls. Points were allocated for correct placement of spectacles, blue hair and beards on the image. Deductions were made for incorrect or inaccurate placement.

The Winning Team achieved victory because their application was able to add the required additions more accurately across a selection of images.

In addition to winning a meal out with the directors, they were received a cheque of £500 for their chosen charity, Médicins sans Frontiéres (Doctors without Borders).

Dave Herbert – ZatPark CEO and head judge – commented on the day “We aimed to challenge the team and they have responded really well. I am sure that it is something we would like to do again in the near future.” 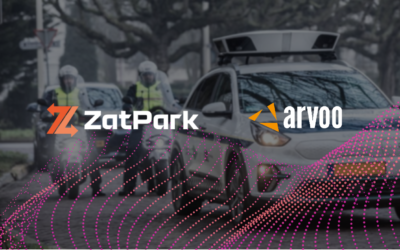 Zatpark, a leading provider of SaaS solutions for parking, enforcement and environmental management, has developed a relationship with Arvoo, a global player in image processing and ANPR systems. ARVOO is the latest integrator to partner with ZatPark to provide...

END_OF_DOCUMENT_TOKEN_TO_BE_REPLACED 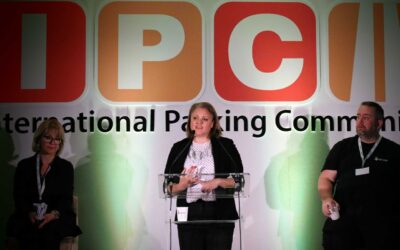 At this month's IPC Conference our Head of Strategic Relationships, Hannah Fuller, joined the IPC Technology Panel discussing the new Code of Practice. In the morning session, Hannah joined the panel with industry experts; Ashley Bijster of Imperial Civil Enforcement...

END_OF_DOCUMENT_TOKEN_TO_BE_REPLACED

November 2022's IPC Conference is nearly upon us, and we're excited to join the Technology Panel in the morning session to discuss the new IPC Code of Practice. Unity5's Hannah Fuller will be on the IPC Technology Panel and will be highlighting how our...